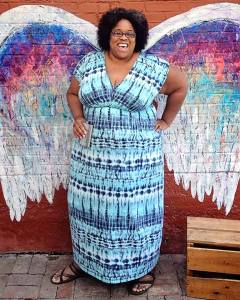 Tamara Woods was raised (fairly happily) in West Virginia, where she began writing poetry at the age of 12. She shares poetry and short stories on her blog PenPaperPad, writes for the online ‘zine Lefty Pop and writes articles as a full-time freelance writer. She is a contributor to The Publishing Bloggers Network blog, and hosts #writestuff TweetChat where writers talk about writing. She takes the pain, confusion, love and beauty of living and writes about it. She is a hillbilly hermit in Honolulu living with her Mathmagician.

When the Beat Drops

Fingertips raised skyward
Asking for directions to some pagan god.
He wonders if she smells like the rain
Gently kissing her upturned face.

Music links them
Fluid ocean and steadfast beach,
He wanted her to wash up against his shore
Taking pieces of him with her.
Ebbing and flow.
Linked.

She moves like the steel drums
Birthed her years ago
In a swept away village
Where sun-kissed brows were
Stained with wolf berries
For life and fertility.

Molten golden fire strands catching the breeze
Her feet loses their slipper shackles
Leaving life prints in the sand
Leading him to her.

It would be so easy
To commune with spirits
At her side.
Giving praise to Pele
For surely her ancestors were born
From lava and tears
Leaving legacy on her crown.

And then the music stopped.

The Shaping of an “Angry” Black Woman “I wore anger like it was my favorite pair of Chucks, giving people what they wanted. A minstrel show played with black emotions rather than a shoe-polished face. This brings around an unspoken rule: The expectation of anger renders my anger invalid as it is my starting point, so it’s not that important. This collection of poems takes a look at life, written over a fifteen year span of mine. It is flawed oddities, beauty foiled with ugliness. We are all more than just angry. Women are more complicated than just that.” 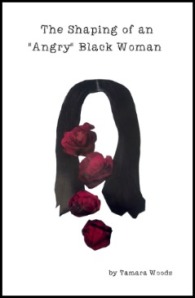 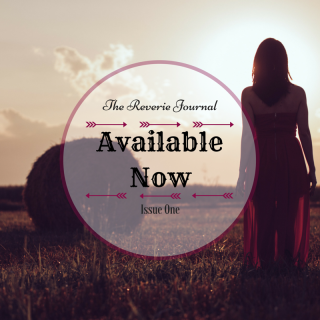 © The Reverie. Unauthorized use and/or duplication of this material without express and written permission from this blog's author and/or owner is strictly prohibited. Excerpts and links may be used, provided that full and clear credit is given to me and thereveriejournal.com with appropriate and specific direction to the original content.